I’ve managed to see Cat Una play a couple of times in Newcastle now, both supporting Tom Williams, and really fell in love with her voice. On Friday 6th December, she’s releasing her brand new single ‘Wait It Out’ on Monomyth Records – I was given a little preview of the single and let me tell you, you’re in for a treat!

I decided to catch up with her ahead of the release to chat about the her music, festivals and what we can expect from her in 2020! 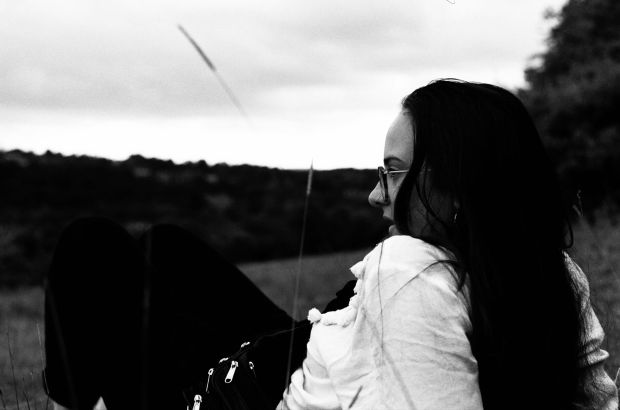 So your brand new single ‘Wait It Out’ is out on the 6th December, how are you feeling ahead of the release?

Honestly I’m feeling really excited. It’s the happiest and proudest I’ve been about one of my tunes and I can’t wait for people to hear it!

You’re releasing the single through Monomyth Records, how has it been working with them?

Monomyth is an absolute buzz to be a part of. I’ve had the total joy of working alongside Liam Dickman who’s produced the single, he grasped what I wanted so easily, and brought a lot to the record. Bob Brazil who runs the label is so great at saying “it’s all good” when I might be stressing about something and is just an all-round gem- I always feel better after a phone call with Bobby B! The whole Monomyth family are a dream and I’m excited to watch it grow.

I read that you said this song is about when you close yourself off and don’t ask for help when you probably need it the most. I think that’s something a lot of people can relate to- I know I certainly can. Are you writing from personal experiences here?

Thank you for that, I love how relating to something can feel so personal yet has the power to unite. So like this one, a lot of my songs are a mixture of personal experience and soaking up what’s going on around me. What I can say from personal experience is that when I’ve been in a certain headspace, a phone call can seem daunting. Whether that’s making or receiving one, the anxiety of not knowing what that conversation may bring can feel so overwhelming – but I have to say when I’ve made myself answer, or eventually called, I’ve felt better for it. Asking for help can be difficult, and for a lot of people I think there’s shame attached to it, but it’s important to let people know if you’re not doing well, just like it is if you have exciting news. Nobody’s perfect which by default means there will be things you need help with, and there are people who want to help. There’s a brilliant movement in Leeds called ‘Talk More’ that’s spreading further afield. It’s a simple enough message but when put into action it’s incredibly powerful.

Where do you mainly look for inspiration when writing your songs?

It’s quite a swirly combination really, so I soak up a lot from situations around me – I feel a lot, a lot of the time. A scene from a film or line from a book might resonate and trigger something, as well as writing from personal experience.

You’re doing a launch for the single at Oporto in Leeds on the 8th December which is very exciting! How are you feeling ahead of that?

I’m quite nervous, which isn’t unusual for me, but mostly excited! It’s going to be a great night. It’ll be the first time we’ll be performing together live as I’ve rejigged the line up to suit the new sound. Rehearsals are sounding sugar sweet and I just can’t wait really. I’ve done a lot of solo and stripped back shows this year which I’ve loved and have really allowed me to hear what else the songs need, but I can’t wait to have a richer sound around me and give these songs the full sound they deserve.

Special guests for the launch are Will Killen and Kate Stapley – did you have a say in asking them to play?

I 100% did! So I stumbled upon Kate Stapley’s set at a festival we were both playing at last summer– Inglefest in Bristol (I’d highly recommend taking a look for 2020) and I was completely mesmerised. Beautiful, intricate, empowering songs with such a dreamy voice and she had me laughing a fair few times too, so I reached out and she kindly agreed to play! As for Will Killen I’ve really enjoyed his shows in the past, his performance style is so unique. He’s also changed his set up from the last time I saw him so it’s also selfish reasons – I just really want to watch him play again!

The single is taken from your upcoming EP ‘Nobody Calls’. When can we expect to be hearing that?

It is indeed, you can expect another single in the next few months and the whole EP by summer 2020!

You’ve also just been announced for Bingley Weekender next September alongside the likes of The Libertines, Primal Scream and Tom Walker which is amazing! How excited are you to be on that line up?

Ahh man so amazing, me and my siblings got a day ticket for Reading the year The Libertines headlined so it’s mad really- I can’t believe I’m on the line up! Very excited.

If you could pick 3 dream headliners for a festival that you also got to play, who would you choose?

Oooh I’ve never though of this so it might be different on another day, but I’ll go with the first three living ones that popped into my head! I think The Rolling Stones, Paolo Nutini and Adele would make for a pretty good festival.

Finally, what else can we expect from Cat Una in 2020?

More opportunities to watch me live, and more music to have in your ears! I keep saying it, but I truly am so proud of this EP and playing the songs is so cathartic I’m just keen to play them to as many people/cats/dogs that’ll listen.

Thanks @gnelson_1993 for nominating me for the babyface challenge 😂 your turn @lad_am, @clareeib and @annieryouokryouokannie 😘
If you follow me on Twitter (alexie_bee), you’ll have seen my Burgess’ Buff Blokes tournament which I did last week - something that stemmed from a blog post I do at the end of each year, looking back at the celebs I’ve fancied 🙈😂⁣ ⁣ ANYWAY, it’s made myself and some others giggle and been a bit of light relief so I’ve decided to carry it on 🤷🏼‍♀️⁣ ⁣ The next tournament kicks off tomorrow, and it’s ‘The Forgotten Fellas’...let’s see how it goes 😏
Hey gang. Hope you’re all looking after yourselves 💕⁣ ⁣ Finding life very overwhelming at the moment, and I know I’m not the only one. Disney+ and Animal Crossing have been a welcome distraction this week - I’m struggling with being creative, doing uni work and work in general. My head is just not in it! After chatting to the University wellbeing team I’ve been able to do some CBT online to help with my anxiety though, which has been great.⁣ ⁣ Stay safe and if you need a chat, inbox is open ❤️
Happy Mother’s Day, Kaz ❤️
Happy 28th anniversary to my gorgeous Mam and Dad ❤️
Had a nice chill evening taking time to do my nails last night - it always makes me feel better 💅🏼⁣ ⁣ I also started watching The Stranger on Netflix (I know, I’m late to the party) and four episodes in it’s bloody brilliant! 😳⁣ ⁣ Anyone got any other binge watching recommendations? 📺