For the past week I’ve had DNCE ‘Body Moves’ on REPEAT. Their latest tune follows the same path as ‘Toothbrush’ and ‘Cake By The Ocean’…it’s catchy as hell! It’s the lead single taken from their self titled debut album, which is due for release on November 18th, which I can’t wait to hear.

The video for the single, directed by Hannah Lux Davis, is super hot to say the least! It shows the band performing, letting loose and getting preeeetty raunchy in a lift.

Joe Jonas is certainly proving his wholesome, innocent days are behind him with his antics in this video…so let’s take a few minutes to appreciate that.

Here he is wearing leather pants and a really tight vest.

Here he is showing off his ripped body.

Here he is about to get down and dirty.

I repeat. DOWN. AND. DIRTY. 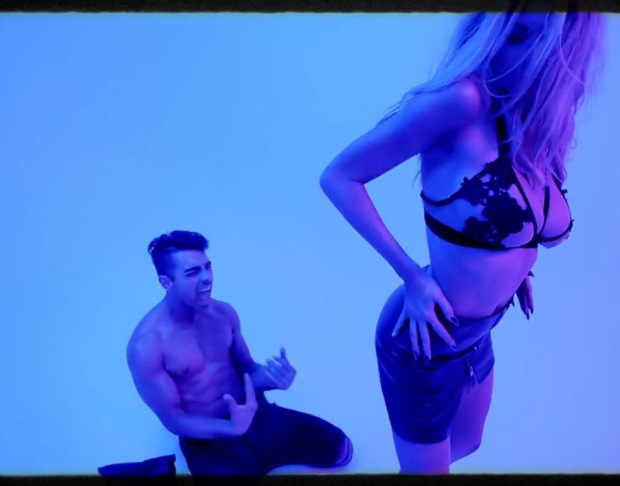 Look at his arms. You been lifting Joe, hun?

The teenage Jonas Brothers fan inside of me is completely overwhelmed by the whole thing, but 23 year old me is wishing she was part of the video.

If you haven’t watched it yet, check it out below…and maybe take a shower after. You’ve been warned!