I’m a real sucker for a good drama and probably binge watch shows waaaay too much, but I’m willing to bet that I’m not the only one!

Now that the nights are getting darker and it’s getting colder, there’s nothing better than staying in for the night curled up on the settee with a cuppa and a good series.

I’ve put together a list of some of my absolute favourite shows that I’ve watched over the years, so if you’re looking for a new series to binge this Autumn, take a look! Maybe you’ll find something new that you end up loving, or maybe you’ll be reminded of how good a series is and end up revisiting it. Either way…enjoy!

BRIEF BIO: Set in Miami, it’s a series about a fella called Dexter Morgan, who spends his days solving crimes…and his nights committing them. He’ll sharp become your favourite serial killer. 2016 is the 10th anniversary of the show starting, which is a great excuse to watch the show if you haven’t…and re-watch it if you have!

BRIEF BIO: Gossip Girl is about a bunch of beautiful, privileged teenagers on Manhattan’s Upper East Side getting up to all sorts of scandalous behavior that can never be kept secret thanks to ‘Gossip Girl’, who documents their every move. WARNING: you WILL become obsessed.

FAVE CHARACTER? Chuck Bass! If you don’t fall in love with him…there’s something wrong with you. 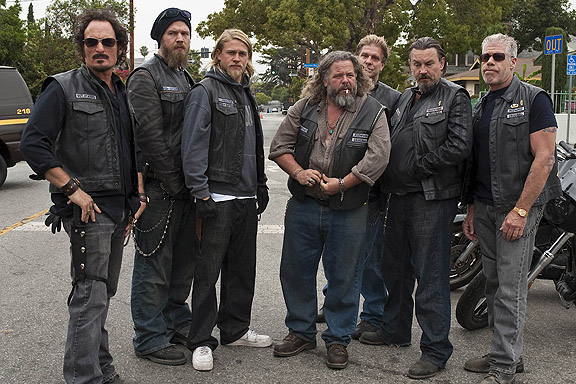 BRIEF BIO: Sons of Anarchy follows the lives of those in a motorcycle club, SAMCRO, in the fictional town of Charming as they operate in both legal and illegal businesses around the town. It’s shocking, it’s thrilling, and at times utterly heartbreaking. The soundtrack is also brilliant!

BRIEF BIO: Set in the 1960’s, Mad Men follows one of New York’s most prestigious ad agencies and those who work there, focusing mainly on the life of mysterious ad executive Don Draper. It’s slick, stylish and absolutely superb.

BRIEF BIO: Set on Wisteria Lane in the fictional town of Fairview, Desperate Housewives follows a group of women whose daily routines take a dark turn when one of their closest friends commits suicide. It’s completely scandalous and full of twists and turns that will make your jaw drop!